In the heart of nature

The surroundings of Camping Latapie 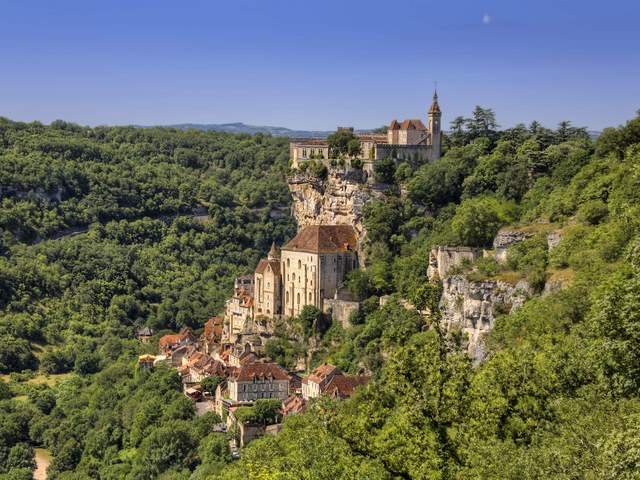 Tarn-et-Garonne is an art

A tradition and know-how, a rebellious and warm spirit, the sense of celebration: it’s a whole culture that the Tarn-et-Garonne shares with its neighbors in the South-West, a lifestyle that it maintains carefully since time immemorial. Is
this art of living, the variety of its landscapes, the richness of its soils, the softness of its climate, its welcoming population? The Tarn-et-Garonne has always been a land of welcome and it remains so. For less than a century, this land has welcomed immigrants
Italians, refugees from the Spanish Civil War, 60,000 Belgians in 1940, Algerian returnees, Algerian, Moroccan and Portuguese workers … And today, foreign residents, half British. This is to say that this land will receive you and offer you its landscapes, its heritage of the past and its art of living in the present.

The art of beautifying cities

Since prehistoric times, those who have lived here have left their mark, a whole heritage, a legacy of their skill and taste. Montauban, pink city, City of Art and History, which was long Protestant, wears beautiful its almost nine centuries. It offers strollers its Place Nationale, splendid arcades, its old pedestrian streets, its postcard view on the old episcopal palace, current museum Ingres, since the old bridge, its rose garden François Mitterrand. Another pearl in the Tarn-et-Garonne crown, Moissac, whose cloister and the tympanum of the abbey church are listed as World Heritage by Unesco. More modest witnesses of the human genius, the bastides, new cities of the Middle Ages: Beaumont-de-Lomagne, the small Montjoi, Castelsagrat, with its well of XIIIe, Réalville, founded by Philippe the Bel, Lauzerte, strategic frontier city during the Hundred Years War. Not to mention the churches – St-Martin in Montpezat, St-Pierre in Lachapelle … – and the abbeys of Beaulieu or Belleperche. The castles of Bruniquel, Gramont, Cas and Brassac. And all the old villages, such as Bruniquel, Saint-Antonin-Noble-Val and Montricoux, in the gorges of Aveyron, or Auvillar, stage of the road to Saint-Jacques-de-Compostelle. 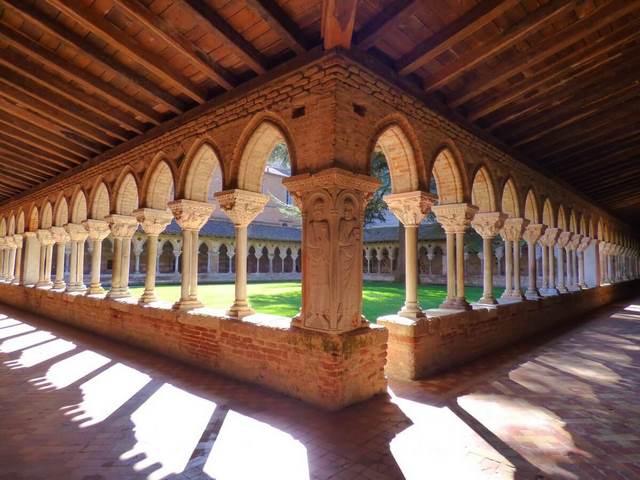 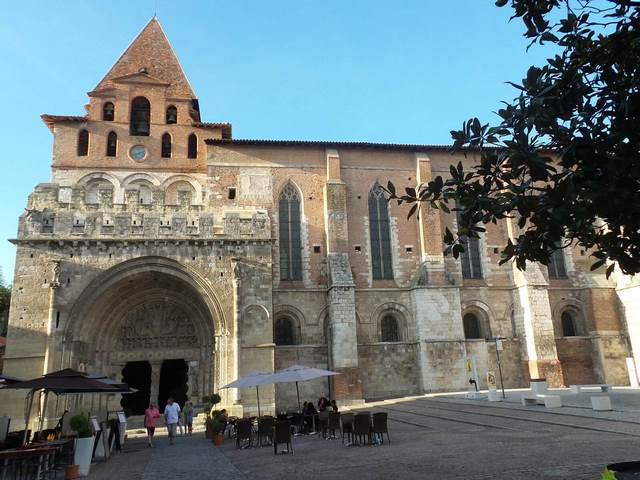 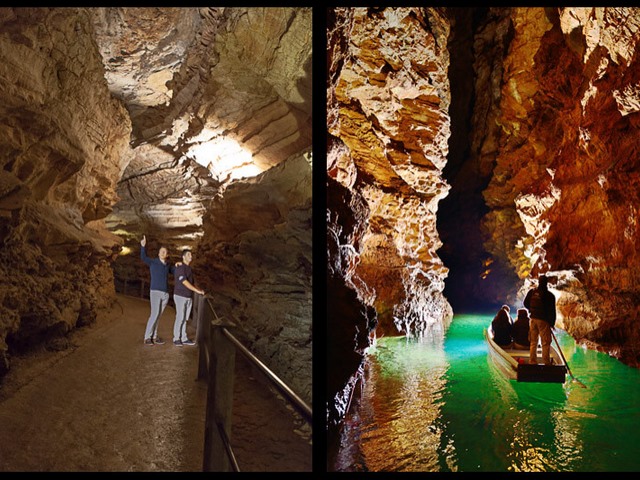 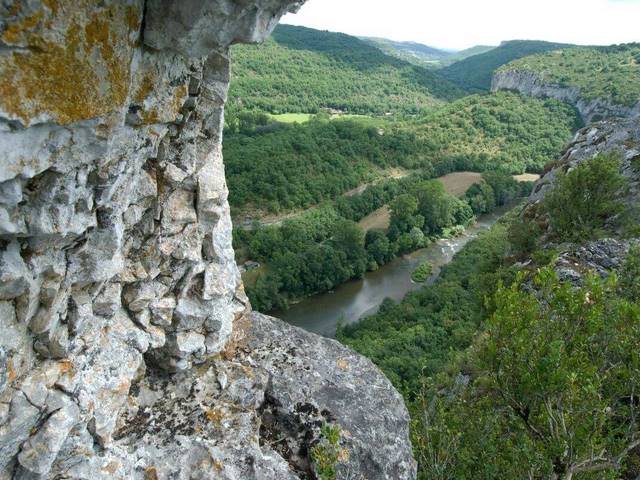 The art of cultivating differences

A wide plain, fed with alluvial deposits of Tarn and Garonne, surrounded by hillsides. Those of Quercy, in the north, fringes of the Massif Central. Those of Gascony, beyond which, in clear weather, point the snowy peaks of the Pyrenees. The gorges of Aveyron, dug in the limestone, at the foot of a causse austere. On this canvas offered by nature, the man put his touch: orchards, blooming as far as the eye can see in spring, vines – the famous chasselas – and woods, meadows, garlic and sunflower, cereals, saffron … Here and there, on all sides, signing this agricultural landscape, typical of the Tarn-et-Garonne, dovecotes of stone, brick or half-timbered, round or square, on pillars, roof with two slopes in “Mule-foot”, by the hundreds. The Causse itself, with a wild look, is born of a man’s hand, from the hands of these shepherds who have mounted walls and dry stone huts, and the appetite of their sheep!

The art of revealing tastes

Rich agricultural land, tasty Tarn-et-Garonne. A paradise for fruits, with the chasselas de Moissac with golden grains. Kingdom of “fat”, goose or duck, liver, confit or duck breast. A slice of truffle, a plate of porcini mushrooms and garlic, accompanied by chestnuts. A good glass of wine, Côtes du Frontonnais, Côtes du Brulhois, Quercy or Lavilledieu, wine country. Everywhere, we cultivate the art of taste. At table. On the farm: five (and soon six) “Circuits des saveurs” combining gastronomy and heritage, lead amateurs to the producers and restaurateurs of the department. To markets, bold, with mushrooms, truffles, garlic, organic, summer night market, famous markets of Castelsarrasin, Caussade, Montauban and Valence-Agen, where we hear and sing the roll Occitan language. At Belleperche Abbey, home to the Taste of the Arts Center and the Table, where we discovered antique dishes and culinary traditions, where every summer dishes of music you dine with old. 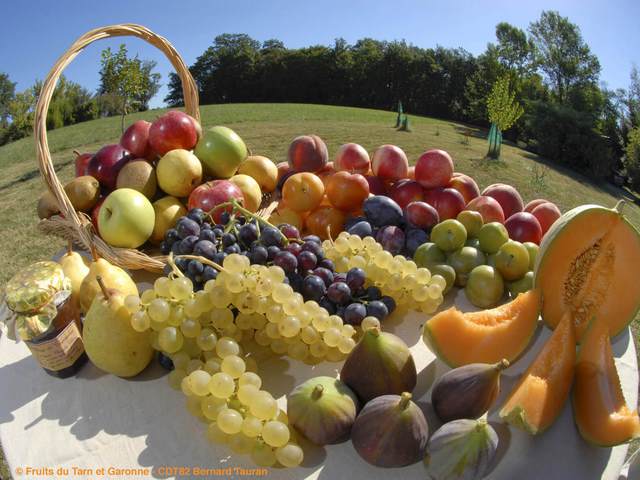 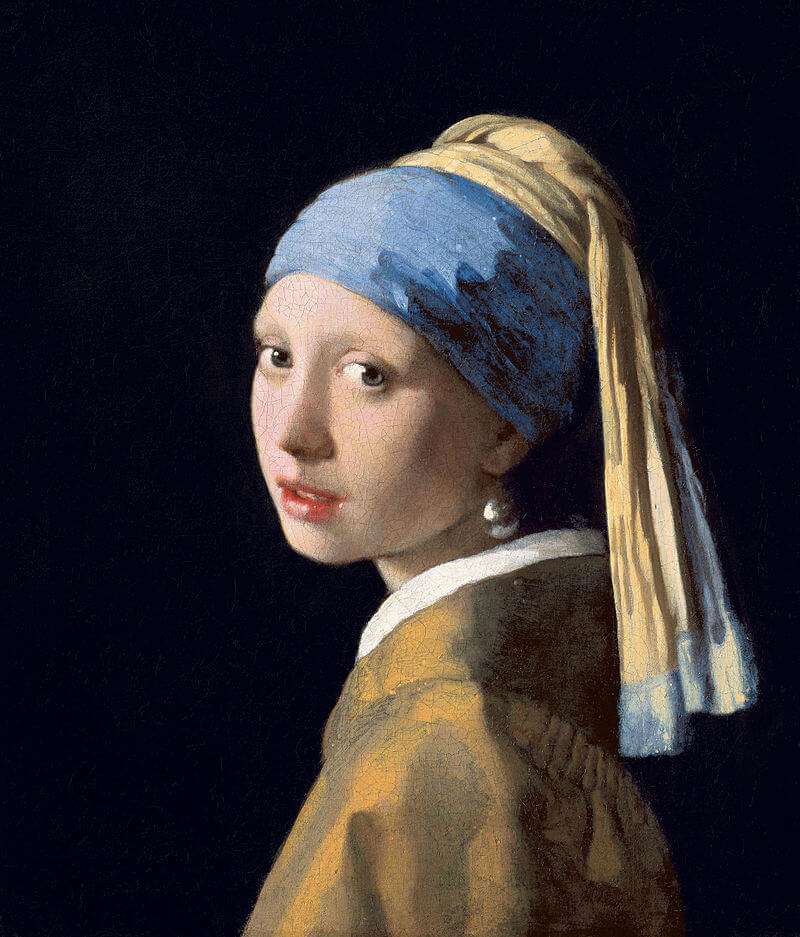 The art of inspiring artists

Art yesterday, the day before yesterday, art today. The artistic richness of Tarn-et-Garonne does not envy anything of its landscapes. The day before yesterday, the illuminations of Moissac, exhibited at the Marcel-Durliat Center for Romanesque Art. From yesterday, the 4,000 drawings that Dominique Ingres bequeathed to his hometown of Montauban. A unique collection in the world, exhibited at the Ingres Museum. Like the sculptures of Antoine Bourdelle, who also dot Montauban – “The dying Centaur”, facing the museum, or “Penelope”, in front of the Tourist Office, … Yesterday still, the works of Marcel Lenoir, admirable draftsman, unknown painter of the early twentieth century, whose museum at Montricoux Castle is worth the detour. Today, the collections and temporary exhibitions of the Beaulieu-Rouergue abbey, center of contemporary art. Today, all artists – there are many – who live, create and exhibit in the Tarn-et-Garonne.

The art of active days

Who would have imagined when only the railroad went down there, fifty years ago, that the gorges of Aveyron would one day offer a permanent playground for rock and water enthusiasts? Canoeing, climbing and caving share their favors. Others, cultivating the art of slowness, discover the gorges of Aveyron and the whole Tarn-et-Garonne on foot. Several thousand hikers follow the footsteps of pilgrims from the Middle Ages to Santiago de Compostela, via Lauzerte, Moissac and Auvillar every year. Some roam the plains, gorges and hills on mountain bikes or on horseback. Those will appreciate horse-drawn competition and equestrian shows in Réalville. Still others paraglide over the mosaic of fields, vineyards and woods or indulge in free flight. Everywhere, in pools, water bodies, rivers, we bathe. Rugby reigns on the stadiums, like petanque on the place of the villages: southern atmosphere. 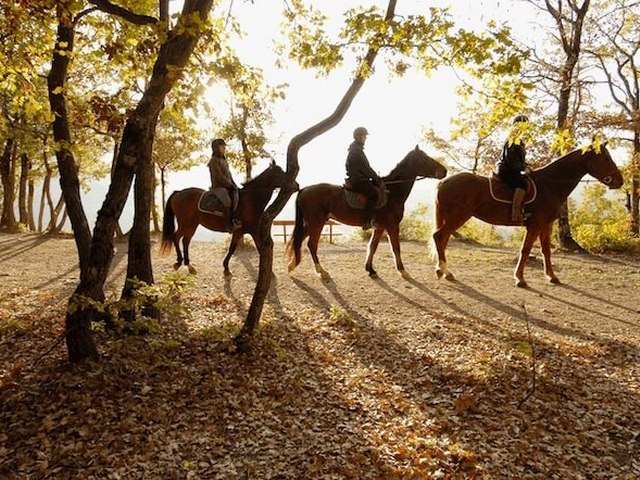 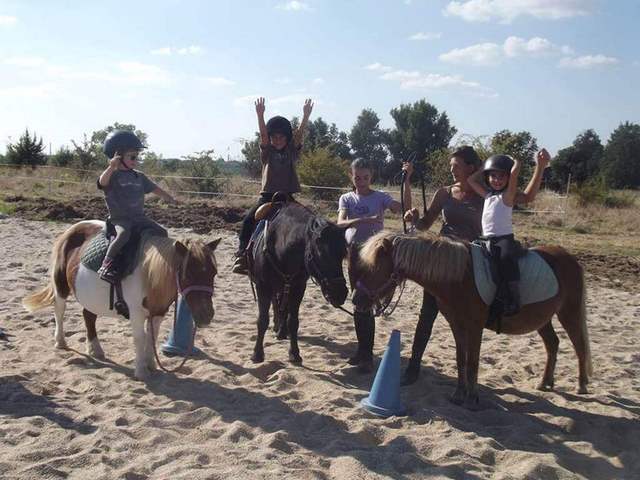 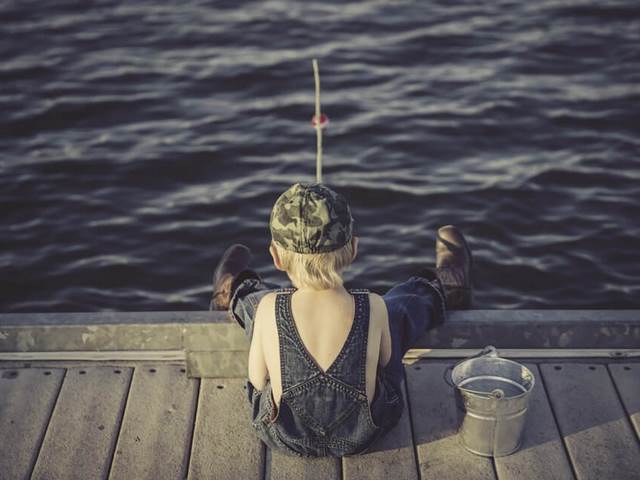 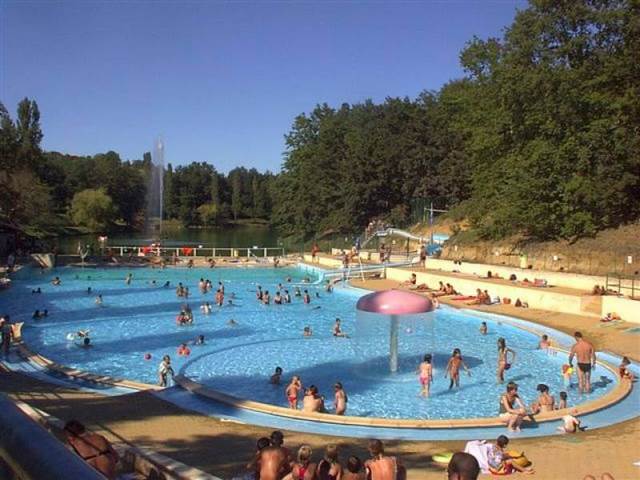 The art of the pleasures of water

If the Tarn and the Garonne attract respect – ah, the angers of Occitan “Garona” – we prefer to keep away, protected from floods. As if by contrast, the Tarn-et-Garonne offers the whole range of domesticated water, soft to the man as modeled by his hands. In complete tranquility, the Deux-Mers canal crosses the department, from Pompignan to Lamagistère. A branch, with locks very soon automated, connects Montech to the port of Montauban. Sail from Toulouse to Montauban then to Moissac, Valence d’Agen. Do not miss the canal bridge on the Tarn, in Moissac, and the original water slope of Montech, which replaces five locks. At the edge of the canal, run, pedal, ride on the greenway, built on the towpath, away from motor vehicles. At the confluence of the Tarn and the Garonne, near the lake, observe the birds. Fish in a lake or river. Admire the mills. From water to recreation, swimming, diving, splashing. Freshness.

The art of inviting to the party

The festival is part of tradition, in Tarn-et-Garonne. Without it, what would it be worth to cultivate the art of living? These are the village festivals, all summer. Crafts, such as Les Estivales du chapeau, in Caussade and Septfond. Brotherhood celebrations. The agricultural festivals, that of the garlic, in Beaumont-de-Lomagne, that of the wines of Quercy, the festival of the Taste and Flavors, the festival of Chasselas, that of the fruits and vegetables of the South-West, with Moissac … The party is also music. That of bandas, of course. And that of festivals, like “So … Sing! “, Which filled Montauban with French songs, at Ascension,” Jazz à Montauban “, in July, and just before,” Vibrations “, which puts the voice in the spotlight, in Moissac. Bruniquel honors Offenbach, in the summer and Castelsarrasin … Louisiana jazz, in memory of Antoine Laumet, said de La Mothe, Lord of Cadillac, who ruled the former French province of America, then the good city of Castelsarrasin. In Valence d’Agen too, the party joins the story, that of people from the banks of the Garonne, with “Over the water …, a story”, impressive sound and light on the canal. 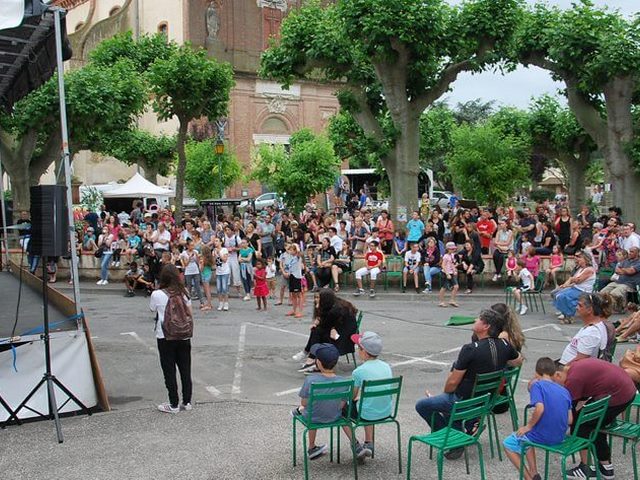 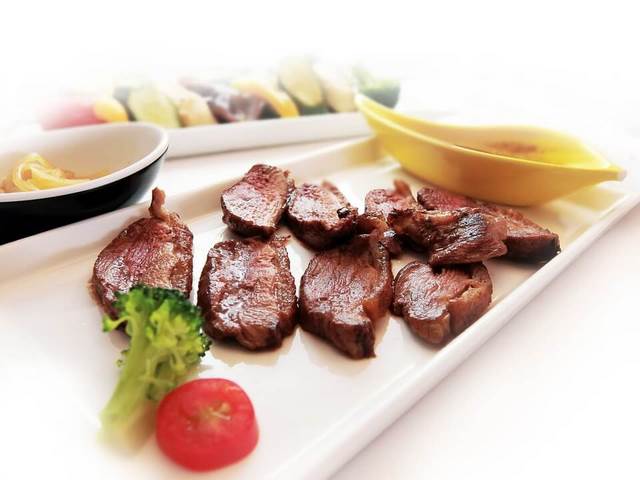 The art of being South-West

In the heart of the South-West, the Tarn-et-Garonne shares with its neighbors terroirs and landscapes, in an astonishing mosaic of slopes, plains, hills and terraces, limestone and limestone gorges. From bastides to castles, from abbeys to villages, he shares a history and a heritage. And on its soft sunny reliefs, its arcaded squares, its medieval ramparts, like its neighbors, it is a whole way of life that it cultivates. The art of good eating: how to do otherwise on this land rich in fruits and vegetables, unique for fat poultry, renowned for its generous wines? The art of partying. The art of being together The people of the South-West and among them, those of Tarn-et-Garonne, are known as warm, smiling, open, welcoming, although sometimes shy. Is this a trace of Occitan “convivencia”, this art of living together in mutual respect that the troubadours have glorified? Perhaps; surely. In any case, it is the most brilliant brand of this art of living and living, which sign the Southwest. The one that will make you want to come back.